Quotes: How to typeset and attribute quotations.

What is the best way to make a quotation stand out from the surrounding text? 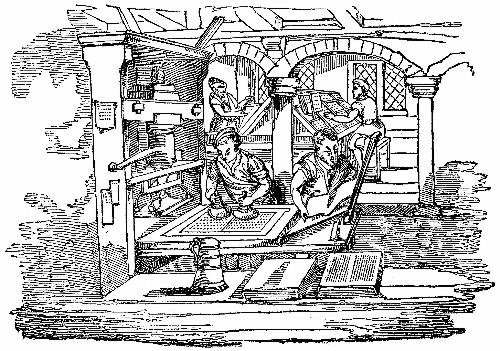 A man who would letterspace blackletter would steal sheep. — Frederic W. Goudy

Not so long ago, you could be hanged for stealing a sheep; this is an indication of the gravity of the crime. Standard PmWiki markup does not provide a way to mark a block of text as a quotation. While this could be done with a WikiStyle, Wikipublisher instead provides a semantic markup for quotations. In HTML, this generates a <blockquote>; in Wikibook XML, it generates a <blockquote> with an optional <caption> for the author.

In the PDF, quotations are set with “hanging quotes”. That is, the opening quote marks extend into the margin. Some style guides advise that the quotation marks are redundant and should be omitted from block quotations. On the other hand, hanging quotes preserve the left alignment of the text, so are perhaps a lesser crime than stealing sheep.

The Wikibook DTD recognises an xml:lang attribute, which the Wikibook to LATEX conversion uses to work out what kind of quotation mark to use. The default language is English and this produces double quotes. This capability is not currently supported in Wikipublisher. However, for those writing in another language, it can easily be implemented as a Cookbook recipe if required.

Several sources give other versions of the quote from Goudy — in particular, “shag sheep” rather than “steal sheep”. As it was spoken rather than written, it is hard to know which version is correct. However, this writer’s view is that Goudy would have chosen an activity which properly represents the gravity of the offence, so “steal sheep” it is. A person’s sexual preferences are just not as important.

One more (so many words; so little space):

By all means break the rules, and break them beautifully, deliberately and well. That is one of the ends for which they exist. — Robert Bringhurst